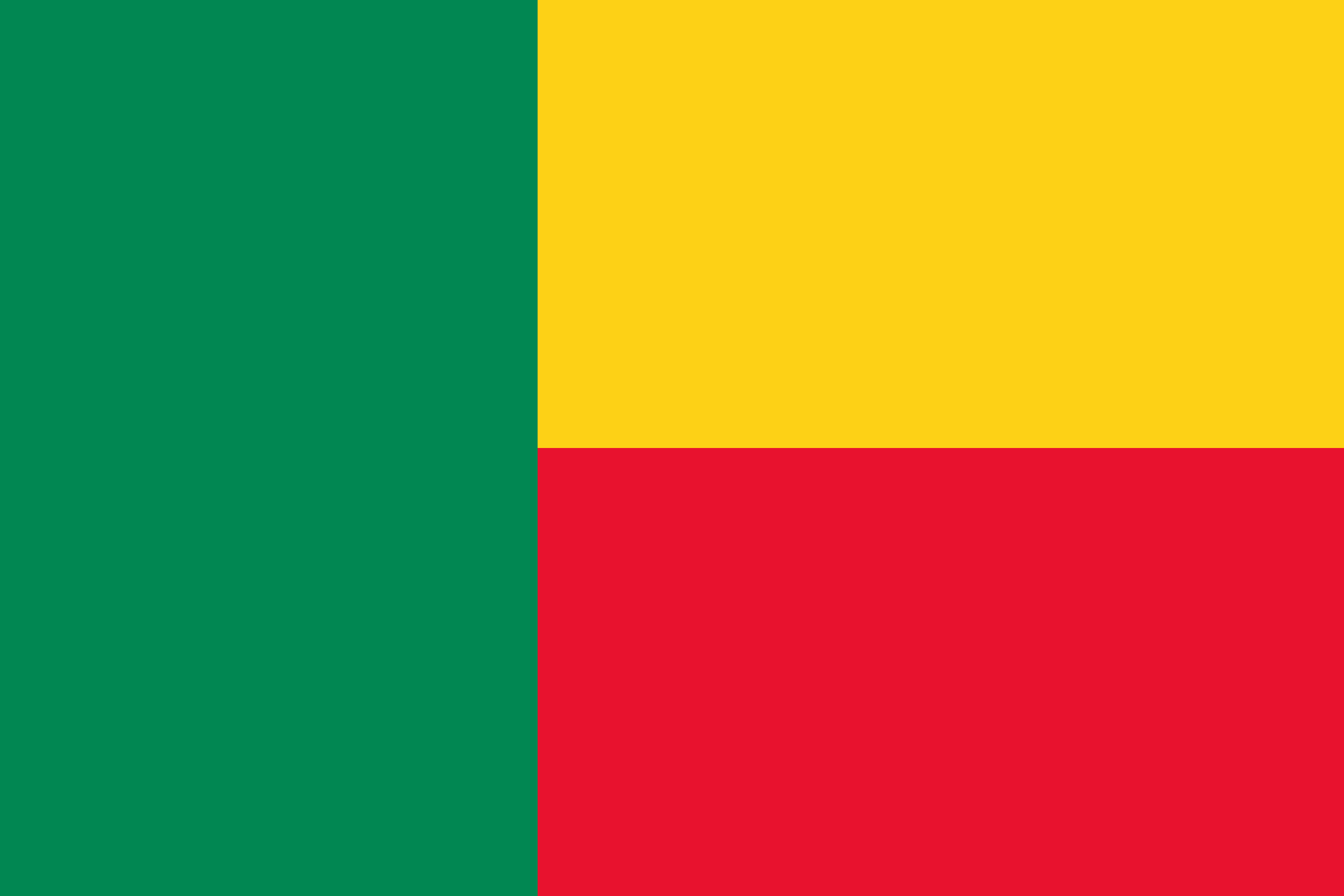 Benin (/bɛˈniːn/ (About this soundlisten) ben-EEN, /bɪˈniːn/ bin-EEN;[8] French: Bénin [benɛ̃]), officially the Republic of Benin (French: République du Bénin) and formerly known as Dahomey, is a country in West Africa. It is bordered by Togo to the west, Nigeria to the east, Burkina Faso to the north-west, and Niger to the north-east. The majority of its population lives on the small southern coastline of the Bight of Benin, part of the Gulf of Guinea in the northernmost tropical portion of the Atlantic Ocean.[9] The capital of Benin is Porto-Novo, but the seat of government is in Cotonou, the country's largest city and economic capital. Benin covers an area of 114,763 square kilometres (44,310 sq mi)[3] and its population in 2018 was estimated to be approximately 11.49 million.[10][11] Benin is a tropical nation, highly dependent on agriculture, and is a large exporter of cotton and palm oil. Substantial employment and income arise from subsistence farming.[12]